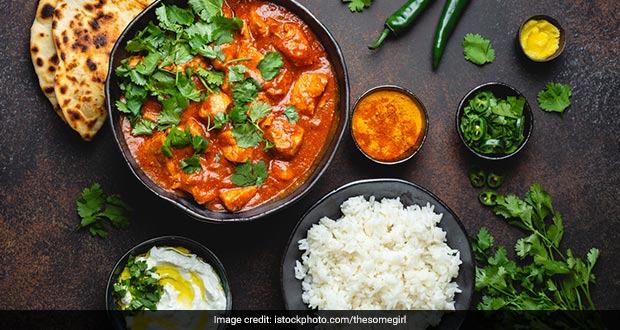 If you've ever wanted to cook like an Indian food guru, look no further! Cooking with Indian spices is a great way to spice up your meals, not just in terms of flavor but also for its many health benefits.

The combination of different flavors and aromas that are found in these spices will tantalize both your taste buds and senses - there's something incredibly comforting about the smell of fragrant garlic and ginger simmering in hot oil or authentic garam masala floating through the kitchen. Keep reading to find out all the amazing ways you can benefit from cooking with Indian spices!

Using Indian spices in your cooking is a great way to add a lot of flavor and spice to your dishes. These spices are packed with vitamins and antioxidants and can be used in both vegetarian and non-vegetarian dishes. In addition, these spices can also help to reduce fat levels in your diet.

Indian spices can truly make non-vegetarian Indian recipes come alive, and many of these really simple dishes like curries, tandoori chicken, and biryani benefit from the flavour boost. While a recipe might consist of only a few basic ingredients like onions and yogurt, it’s the combination of spices that gives Indian food its unique taste. From chilli and turmeric to cinnamon and cardamom, every spice has its own purpose in balancing out the flavours. Try out different blends and combinations before selecting which ones work best with your dish - you never know what new flavour combination you might discover! 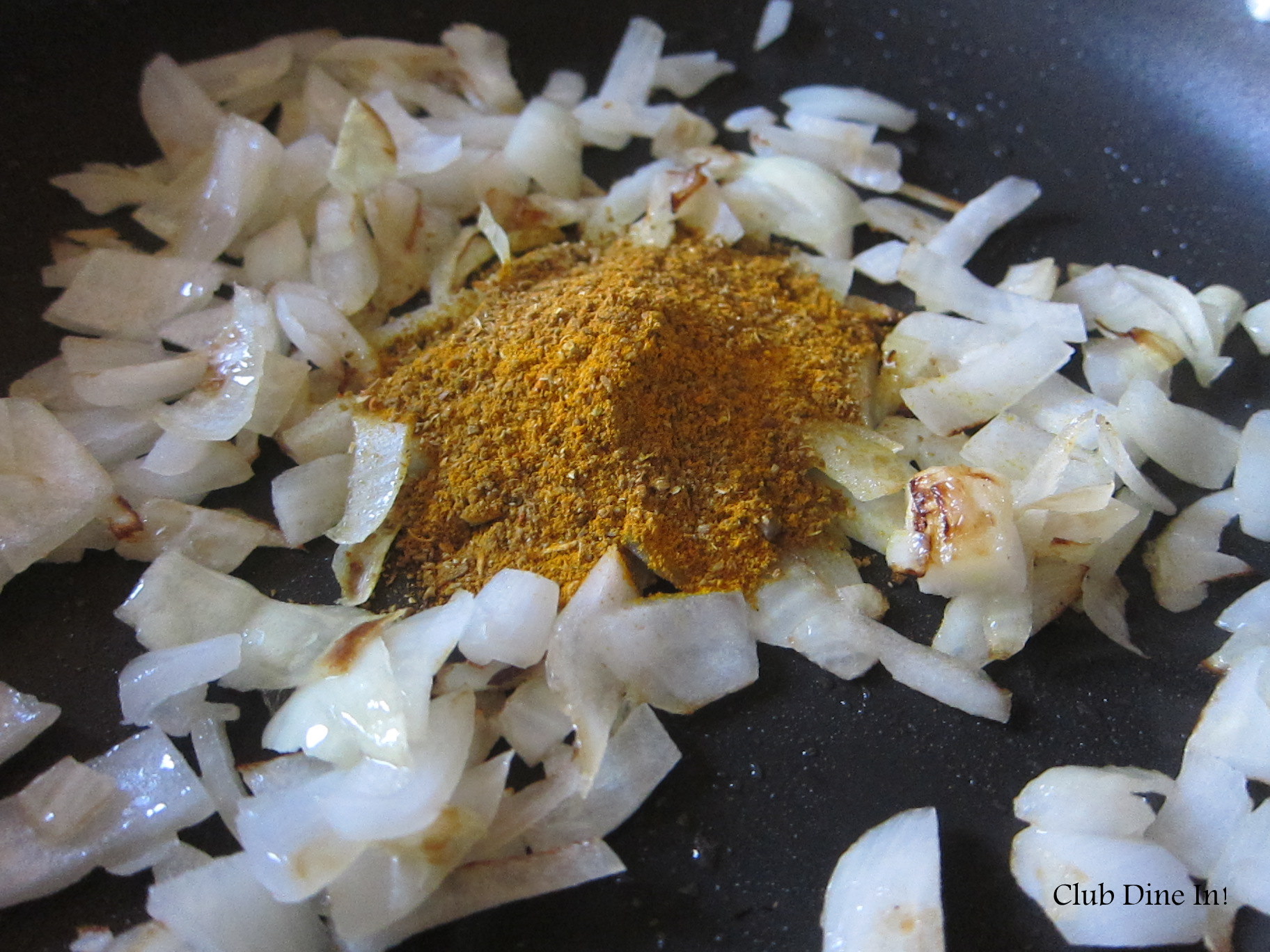 Adding Indian spices to your cooking gives you a variety of health benefits. In fact, they may even protect you from certain illnesses. Whether you're looking to lose weight, fight arthritis or just keep your heart healthy, spice up your meals with these exotic blends of herbs and spices.

Coriander, ginger, cumin and cardamom are all commonly used in Indian cuisine. Each spice offers a unique flavor and aroma.

These spices are low in calories. In addition, they contain potent antioxidants and anti-inflammatory compounds. Using them in your cooking can help you control blood sugar, cholesterol and blood pressure.

Turmeric has long been used in traditional Indian medicine to treat a number of ailments. It is now being studied for its potential as a powerful antioxidant.

One of the most important components of turmeric is curcumin. This compound has been shown to kill cancer cells in vitro. It also reduces tumor size in animals. The National Institute of Health has funded several studies on the health benefits of turmeric.

Turmeric is used as a topical treatment for burns and cuts. It can also be added to your favorite smoothie. However, you should be careful when using turmeric. Some people have a negative reaction to it, such as nausea or an upset stomach.

It is believed that turmeric's anti-inflammatory properties work by blocking the production of free radicals in the body. This prevents damage to cells and improves the condition of your skin.

There are a variety of benefits to cooking with Indian spices. They are inexpensive, versatile and offer a wide range of health benefits. In addition, spices are natural sources of bioactive compounds. They are also effective at relieving gastrointestinal disorders. The key is to use organic, fresh spices.

Spices are concentrated sources of vitamins and minerals. They also help to reduce oxidative stress and improve neurological function. They can lower cholesterol levels and keep blood pressure under control. Their antibacterial properties also make them beneficial to a healthy lifestyle.

Another benefit of using Indian spices is their ability to fight a number of illnesses. For example, star anise is known to fight urinary tract infections and other kidney ailments. It may even boost the immune system.

The antioxidant properties of star anise can also prevent the spread of chronic diseases. Moreover, it can reduce the effects of aging, thus minimizing the appearance of stretch marks and scars.

As for the taste, anise has a strong licorice-like flavor. It is available as an essential oil or as a fragrance in creams. However, it is important to consume it in moderation.

Coriander is a spice that is commonly used in Indian cuisine. It is a powerful source of fiber, which helps to increase the flow of bile salts and stimulate the digestive track. In addition, coriander helps to control cholesterol and blood sugar levels.

Indian spices are widely used in the preparation of many types of food. These spices help to add flavor to the dishes, while also boosting the immune system and preventing various illnesses.

The major benefits of cooking with Indian spices are their antioxidant, anti-inflammatory, and anti-spasmodic properties. They also contain minerals and vitamins. They boost the body's natural immune system, and eliminate nutritional deficiencies.

Allspice, turmeric, and cumin are common spices in Indian cooking. They have antioxidant and anti-inflammatory properties, and they help to improve blood circulation and digestion. They are also believed to prevent cardiovascular disease and cancer.

Allspice is made from the unripe berries of the tropical evergreen tree. Its sweet, spicy, and cinnamon-like flavours make it an excellent spice to use in food. Allspice berries can be cracked or ground to suit the needs of the dish.

Turmeric is a potent anti-inflammatory agent that helps to reduce pain caused by arthritis, haemorrhoids, and other muscle aches. It also regulates the digestion process.

Coriander is another popular spice in Indian cooking. It contains antioxidants that help to control cholesterol levels. It is also rich in fiber, proteins, and calcium.

Turmeric is a well-known anti-inflammatory agent that can help to relieve pain caused by gout. It is also useful for treating arthritis, joint pain, and other ailments. It is a key ingredient in garam masala, which is the blend of seven spices.

Spices play a vital role in Indian cooking. They add to the flavour, aroma, and nutritional value of foods. They are also used for medicinal purposes. These are not to be confused with aphrodisiacs and spells.

One of the most important functions of spices is their antioxidant effects. This is because they contain a number of potent compounds. These include curcumin, ginger, and turmeric. They also help fight free radicals and may even reduce the risk of heart disease.

One of the best ways to get the benefits of spices is to buy real, organic spices. These are not only good for you, but they are friendly to the environment.

Some of the most popular spices in Indian cuisine are coriander, cumin, and cardamom. These are also known to be effective anti-inflammatory agents. They are also good for your teeth and digestion.

Another spice to be considered is mace. This herb has the ability to boost memory and relieve anxiety. It also induces peace.

There are a lot of different kinds of spices and their effects on the body vary from person to person. However, the benefits of all spices are significant. It's a good idea to incorporate a few into your daily diet to improve your overall health.

There are many other great benefits to using spices in your daily diet. For example, they can boost your immune system and help you lose weight. They also help you keep your cholesterol level in check.

Bay leaves are an essential ingredient in Indian cooking. These aromatic herbs are used to enhance the flavour of hot foods and also give a subtle flavor to steamed dishes. They are also known to fight infection.

In addition to their flavor, bay leaves are loaded with vitamins and minerals. They are rich in antioxidants, which can help lower blood pressure and bad cholesterol levels. They are also known to contain a phytonutrient called parthenolide, which is used to treat arthritis. They can also reduce inflammation when applied topically.

Bay leaves are also known to have soothing properties. They can help reduce pain in the mouth and throat. They are especially beneficial to those suffering from cold symptoms. They can even promote sleep.

Bay leaf extract is an effective insect repellent. It is also a good way to soothe upset stomachs. It contains organic compounds that contain enzymes that may be useful for people who suffer from irritable bowel syndrome.

Bay leaves are also known to reduce the risk of heart disease. They are rich in vitamin C, manganese, magnesium, copper, and zinc. They are also a good source of fiber. These nutrients can assist in managing diabetes.

Bay leaves are considered an excellent cure for asthma. They can be mixed with ginger and honey to make a soothing remedy. They can also be used to treat other respiratory ailments.

It is a well-known fact that Indian spices add a unique flavor and aroma to the dishes. They are also known to contain several health benefits. While consuming these herbs and spices may not substitute medical care for serious illnesses, they may complement other treatments.

Ajwain and coriander are two of the most commonly used spices in Indian cooking. Both have antioxidant properties, which help to combat free radicals and maintain healthy heart. They also contain high levels of protein and fibre, which promote digestive health. They also reduce flatulence and help to control blood sugar levels.

Some other spices that are used in Indian cooking include cumin, cardamom, ginger, cinnamon and turmeric. All of these spices have antioxidant qualities and they are reliable sources of bioactive compounds. They are also low in calories, making them ideal for those concerned about their weight.

Another spice that is common in Indian cooking is chaat masala. It is a blend of different spices that can be sprinkled on food after it is cooked. It is said to have originated in the royal kitchen of Mughal emperor Shah Jahan. It can be a simple seasoning or it can be complex. It is usually used to season different types of chaat.

Some other spices that are used in the preparation of chaat include black pepper and salt. Both of these spices are used to enhance the flavour of the chaat. They are considered pungent to westerners.